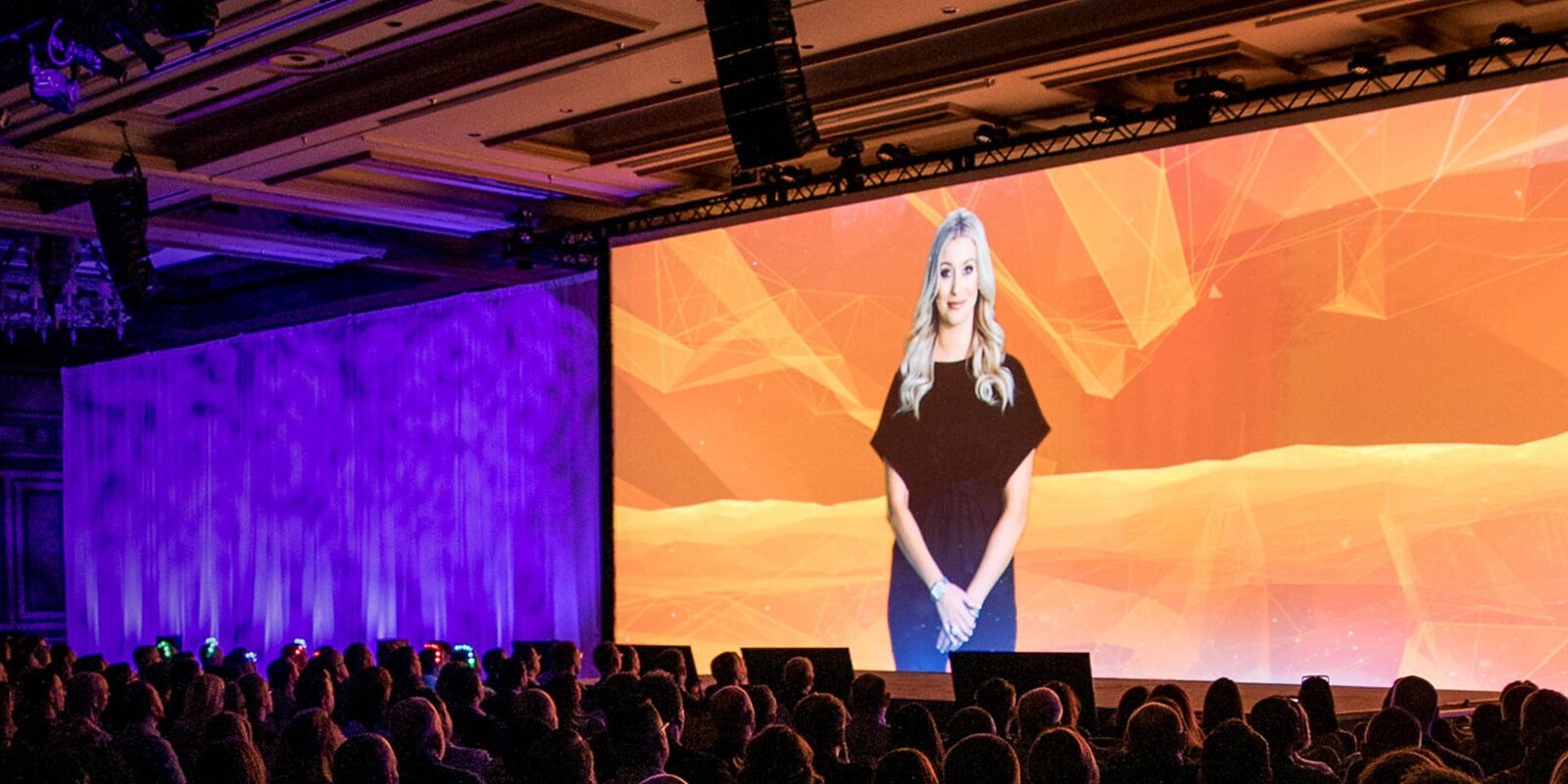 When evaluating an LED Wall for your church, venue, conference, or corporate install, there are many terms that might be unfamiliar. This glossary contains many of the key terms to help you navigate the LED panel landscape.

The ratio of width to height of an image or a screen. Typical video aspect ratios are 16:10 and 16:9.

Brightness in an LED wall refers to how much illumination comes from the LED panels. There is a difference between the Maximum Brightness which is the brightest possible setting and the Calibrated Brightness which is the maximum setting at which all LEDs are the same brightness. With Maximum brightness, it is possible that not ALL the LEDs will be at that brightness level, it is the brightest that some LEDs in the panel will display. Brightness is particularly important if you will use LED walls in high ambient light such as sunlight or heavily lit venues.

Certifications ensure that an LED wall has been tested and complies with emissions, power, and safety regulations. Look for the following certifications to ensure your LED walls comply with regulations.

The frame that holds LED modules, the power supply, and receiving card in an LED panel is the chassis.

The closest viewer specification is an estimation by the manufacturer of LED panels that describes how far the LED wall should be mounted from the closest viewer. Ideally, this rating is the distance from which a viewer will not be able to see the individual pixels in a video wall.

Some LED panels can have a slight curve for use in studios, corporate offices or other applications where a flat wall is not desirable.

Sometimes referred to as Scan Mode, the driving method tells you how many LEDs are active at one time. LEDs are turning off and on at a visually imperceptible speed, this is what helps control the perceived brightness. If a Driving Method is 1/15 scan, that means that at any given time only 1/15th of the LEDs are active. This happens so fast however that it will not be detected by the eye.

LED walls that are hung from rigging, supported by the rigging frame from above are said to be “flown”.

A bit of a misnomer, Gray Scale refers to the color depth, or simply (perhaps too simply), the number of available colors.

LED walls that are attached to rigging or a frame that is supported by the ground are said to be ground mounted.

HDR is a series of technologies that improve the range of color and contrast in a video image. By offering higher brightness, wider color ranges, more detail and higher headroom, HDR provides more lifelike depth and image quality.

A module in an LED panel houses the LED’s themselves. Often two or more modules will be a part of a single LED Panel.

A nit is the measurement of the intensity of a visible light source. Brightness is measured in nits.

An output channel is a digital signal that sends video content to the LED walls. Each output channel has a maximum pixel amount. On large LED walls, or walls with high pixel counts, multiple channels might be necessary to address a single video wall.

The pixel size is not generally published, but a larger LED may allow for a closer viewing distance even with a larger pixel pitch. This is due to there being less space between the LEDs.

Pixel Pitch is the distance between two LED’s in an LED panel. It is measured from the center of one LED to the center of the adjacent LED horizontally or vertically. Usually measured in mm, a smaller pixel pitch generally allows the viewer to be closer to the LED wall.

Power to the LED wall is provided in a pass-through daisy chain configuration. Power enters the wall at one of the LED panel’s power supplies and then each subsequent panel receives power from the panel before it.

The Processor takes your video image, applies filters and adjustments. and outputs it to the video wall. The processor also formats the output so that it displays correctly across multiple LED panels.

The receiving card is the part of the LED panel that receives a signal from the sending card in the Processor. The “first” LED panel in the LED wall connects directly to the processor via a CAT5 or CAT6 cable and then each subsequent LED panel (up to the maximum pixel count on the channel) is connected in a daisy chain fashion.

Resolution is the number of pixels in a digital display. It is measured as width by height. There are a number of standard resolutions such as 1080p, WUXGA, 4K, etc. Each resolution will have an aspect ratio which is the ratio of pixels in the format width:height.

Rigging is the frame system that holds up and supports the LED wall. Rigging can be used on the ground, hung from a ceiling, or constructed into a frame depending on the stage requirements.

A sending card is a part of the Processor that outputs a “channel” of video content to the receiving card on the back of the LED panel. Each processor can have multiple sending cards to output multiple channels of content.

The viewing angle specifies the maximum angle that an LED wall or LED panel can still be viewable, with 90º being a front view and 180º being parallel with the LED panel on either side.

A wall mounted LED display is hung from and get support from an existing wall. 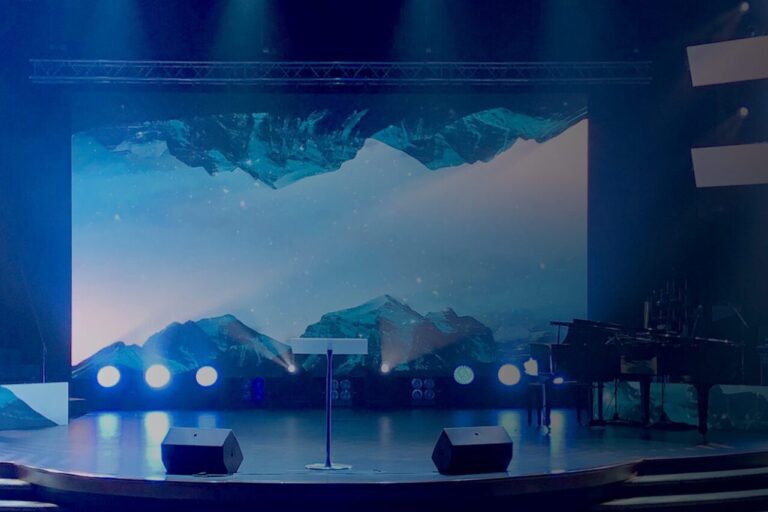