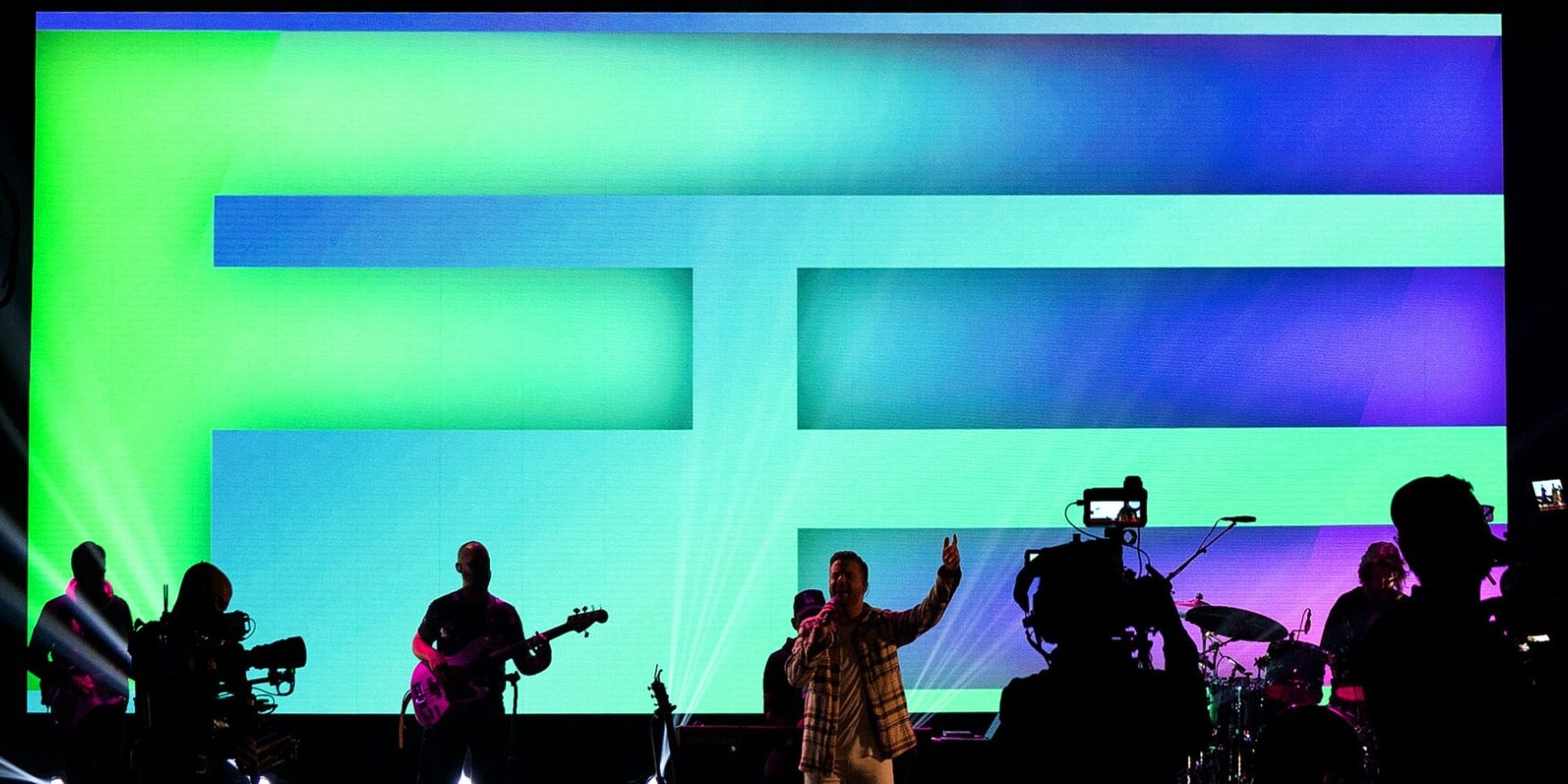 The processor is responsible to taking an image you feed it from a camera, computer, or other source and “processing” it so that it displays correctly on your video wall. THOR offers two brands of processor, NovaStar and Brompton. Each of the two have distinct advantages and by offering two separate options, we can tailor a video wall to fit each installations requirement. We will address some of those differences later in the post.

The LED video wall is made up of many LED panels and assembled into whatever size fits your needs. It might be a rectangular wall, two columns on the side of a stage, a long low “wall”, or a combination. The stage design possibilities are near endless. Each panel in the video wall has a power in and a power out as well as a data in and data out. Each panel will be connected to each other with a data connection (usually an RJ45 plug and CAT5 or CAT6 cables) and a power connection (connection options vary).

In a rack somewhere near the video wall, the “head end processor” connects to the first panel in the wall. The processor has multiple “sending cards” or output channels. Each LED panel has a “receiving card”. The output channel sending card connects to the receiving card in the first panel in the video wall. The rest are daisy chained as described above. Each channel on the processor has a maximum pixel count. Once the maximum pixels are reached, another channel on the processor is used.

For example, the Brompton Tessera M2 has 4 output channels, each of which can address 500K pixels for a total of 2 million pixels. In the software of the processor, you would tell the output channel which panel is the first in the chain and how subsequent panels are wired (top to bottom, side to side, or another pattern). Once the processor knows the wiring order, it will automatically divide up the image and display it on the appropriate LED panel.

Since the video wall panels are wired in series (one after the other after the other, etc.), if one gets unplugged (either power or data), or a cable fails, all the panels after that will stop displaying an image. The system doesn’t detect what order the panels are in, it needs to be told in the software. If you swapped the cables for panels 4 and 5, the image meant for 4 would show on panel 5 and vice-versa.

SELECTING A PROCESSOR FOR YOUR VIDEO WALL

Each processor type has advantages. THOR LED panels feature NovaStar and Brompton processing. We recommend NovaStar when overall system cost needs to be as low as possible. In churches where the video walls will be setup once and not moved, NovaStar is a great option as it can be setup and then left alone.

Brompton processors have more options for the team the needs creative control over the image, or for stages that will change frequently. Brompton processors are the top of the line and have features like high frame rate support, high dynamic range, and Dark Magic for low brightness control.

Whichever processor you use, they all offer the ability to monitor LED panel vitals like temperature. They will also scale your image to fit your walls. It’s not uncommon for the resolution of the video wall and the resolution of the content to be different. Video scaling takes the guess word (and conversion) out of the equation.

Choosing a processor is an important part of the video wall owner’s journey. We are always available to help you select the right video wall and processor for your facility. 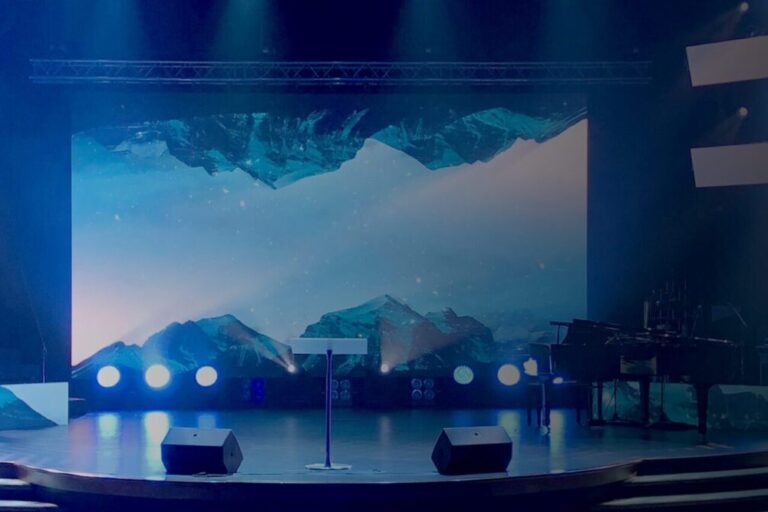